From the perspective of technological development, the basic technologies of α-Si (amorphous silicon), LTPS (low-temperature polycrystalline silicon), Oxide (Oxide semiconductor) TFT-LCD, AMOLED, and flexible display are all semiconductor technologies, which are collectively referred to as semiconductor display technology in the industry.

AMOLED is being adopted in smartphones because it offers a wider viewing angle, a higher refresh rate, and a thinner size than the traditional liquid crystal displays used in most mobile phones.

Originated in OLED display technology, known as organic light-emitting diodes (OLED), it has the properties of self-illuminating, using a very thin coating of organic material and a glass substrate that gives off light when an electric current is passed through it.
The world's first AMOLED integrated touchscreen was introduced in 2010 and has been used in high-end smartphones.

AMOLED is based on organic luminophore, tens of thousands of only have red, green or blue all three color of a light source is placed on the screen in the form of a specific substrate, these lights on the applied voltage can emit red, green or blue, voltage transformation also need to rely on TFT, after adjusting the proportion of primary colors, In order to produce a variety of colors.

Molded displays are thinner than LCD displays. The LCD display contains a backlight, a color filter, a backlight module, and a liquid crystal material, which AMOLED does not need because of its self-luminous principle. The integrated touch technology also makes AMOLED displays thinner and lighter. The world's first AMOLED integrated touchscreen was introduced in 2010 and has been used in high-end smartphones. 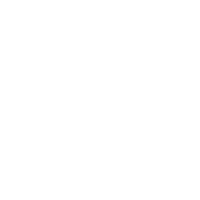